The idea of New Work, conceptualised originally by the German-born, American social philosopher, Frithjof Bergmann, is no longer new in the sense of time. Yet, it’s an idea just as relevant today as it was when it was first brought to the world’s attention nearly 40 years ago.
New Work was first conceived as Bergmann travelled through Eastern Europe of the 1970s and 1980s, witnessing the devastation of industrialisation on Communist countries. He found similarities in the spirit-crippling activities that many in America’s workforce were undertaking in the early 1980s, particularly in the automobile manufacturing centers of Michigan, where Bergmann was teaching. Combined with an increasing concern over the automation of factories and workplaces that would lead to massive layoffs and unemployment, Bergmann, now a Professor Emeritus at the University of Michigan, began to recognise that Capitalism, too, not just Communism, was stripping people of their ability to find meaning in their lives. Neither was a recipe for a happier future. So, he began advocating a system, essentially a new culture, where people could pursue their calling or purpose, something they truly believed in and were passionate about. 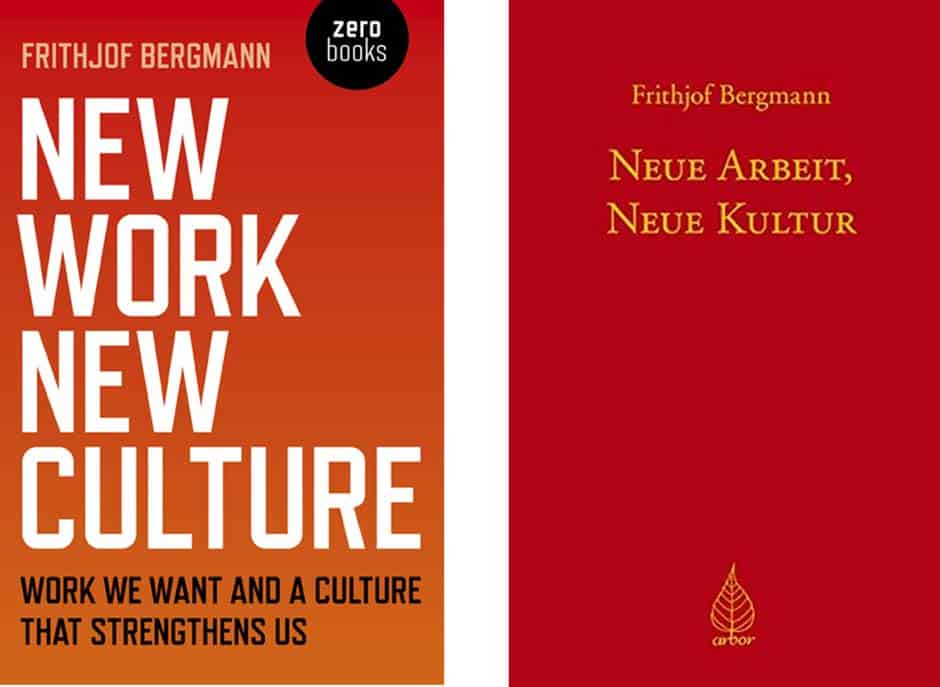